How Dangerous Are Blank Guns?

It seems only natural to think anything and everything associated with guns is dangerous. But there are many people who genuinely have an interest in that machinery and not the violence associated with it. There are some alternatives that work for most people, such as blank guns. They are the best way to understand and use guns without putting anyone at risk. Some might wonder how dangerous are blank guns? One of the reasons they are becoming more commonplace is because they are not dangerous at all. Blank guns are specifically designed to make sure you can use them without being too harmful to anyone else. They are actually replicated from actual firearms but differ enough in mechanism to be safe to shoot either way. Whether you are shooting from afar or up close, there is no comparison of the danger of a real gun and a blank one. At very close range, blanks can injure or bruise you but their fatality is not the same as a real gun at all.

The second thing to remember about blank guns is the fundamental difference in their making. As opposed to all guns that you might have seen or used otherwise, they are not made for firing. You cannot fire a metal bullet through a blank gun, because it is obstructed. The barrel of the blank gun does not allow a real bullet to pass through and that makes it safe. You can actually get 9mm blank guns that will have the same kind of speed and effect but different ammunition. So, what is it that makes blank guns a thing in the first place.? Look out for their features and how they differ from real guns.

There are actually some subtle and some very obvious changes in the way that blank guns function. When it comes to the body and the materials, they are identical to actual firing guns. But in actuality, there are some major ways that they differ in the mechanism. We have talked about the barrel of the blank guns that are obstructed from shooting bullets. The second thing is the bullets that the blanks actually do use. They are indeed, blunt and wider than the bullets used in real guns. They are made that way so they can be less destructive if they come in contact with someone.

The second thing is the trigger and how the blanks get propelled out. Normally you will have a magazine and a trigger that would help shoot a gun. In a proper blank gun, there is a spring lock or a gas canister that propels the bullets. These are filled with CO2 gas that launches the bullets and creates smoke and bangs like a real gun. The difference is that they are not harmful as they act like guns, but the harmful bullets are not the same. Secondly, the blanks also tend to have spring or electric triggers that would launch them without being too invasive or overly powerful.

The distinction between a real and blank gun is pretty hard to make except for the barrel. There is usually also an orange cap on the tip of the barrel to indicate a gun is blank. You will find that front firing blank guns are actually much more user-friendly while keeping the same experience alive.

The Lesser-Known Usage Of The Blank Gun

Of course, there is still a large community of people who love guns. There have been unending debates over gun ownership and laws being made for safety. Amidst all that, it is worth noticing that gun safety is overall something everyone is quite occupied with. So, where there is an issue of security or perhaps hunting, guns make sense. If only that was the only time they were used, which is not the case. Guns actually cause more issues while not in immediate use than when they are. To counter that blank guns are becoming more common. But it is not just about switching from shooting guns to something more boring. There are actually some amazing ways that blank guns are being utilized.

While there are multiple avenues you can look for to buy blank guns, online stores are the best source. You won't be able to find blanks in all the states and possibly at all local shops either. If you buy blank guns online, at reputable stores like Knife Import, you will get quantity as well as quality. They are the best wholesalers in the country who have an impressive and affordable range of blank guns for you. 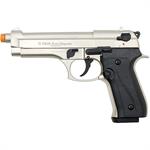 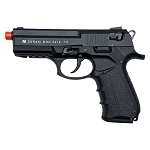