Are Crossbows Really Helpful in Hunting?

In this day and age, when we have guns and rifles, hunters are still obsessed with the Crossbows for Sale in the market. Recent years have shown an increase in the sales of crossbows all over the states, especially in Virginia.

The year 2005, when the Virginia Department of Game and Inland Fisheries legalized the use of a crossbow in the early months of hunting season, after deciding it was the best solution to the rising deer complaints and falling numbers of hunters in the area. This is why around 2009, Virginia’s deer project leader, Matt Knox, disclosed to the media that introducing the hunting crossbows has been nothing but advantageous for the state and its deer hunters.

After reading Knox’s statement, “We did not expect crossbows to be the perfect solution to solve our deer problems in the urban areas—, “we can all safely assume that this cool weapon is beneficial to hunters.

Not Everyone is Happy about Legalizing Crossbows

This might or might not come as a surprise, but all the hunters do not agree upon using a hunting crossbow. Usually, the people belonging to traditional archery groups have opposed the idea every time they come up during hunt camps and other gatherings.

United Bowhunters of Pennsylvania argued in a circulated memo that allowing hunters to use the deer hunting crossbow can double the number of bodies in the woods, leading to additional pressure on the already oh-so-crowded public hunting places.

However, the state wildlife agencies want to put more hunters in the woods to push up their license sales and keep them from leaving.

Only a year after the hunting crossbows were legalized, in 2006, this modernized form of the weapon helped bag 2.5% of Virginia’s total deer harvest. At the same time, it accounted for 20% of the complete harvest made through archery. So, now we have come to know that bowhunters are steadily declining in number over the years, and, in turn, the crossbow hunters are increasing.

Why are Crossbows Getting So Popular?

A hunting weapon that can be effectively used by all after a few tries, who can say no to that?

In all seriousness, bow hunting is a much harder skill, and anyone wanting to go out there and hunt some game cannot do it right off the bat. This is why the cool hunting crossbows have helped attract many people into the hunting sport, those who did not even think of hunting in their lives ever before.

Knife Import receives many orders from its customers for crossbows for sale and personal use regularly. You can also try to get the best crossbow of the year with its set of bolts (arrows) at low prices from the platform. It’s a great place to find all products that you might need on your expedition, such as survival blades, hunting knives, and a complete set of blades for different but specific purposes while hunting and after.

How Does a Crossbow Work?

The weapon mechanism is simple, as it’s just a bow attached to a trigger over a supporting structure that has a groove for a bolt and allows the bowstring to be locked in place, which is released when the trigger is pressed.

In medieval times, the crossbows were made out of wooden supports and weren’t secure enough compared to today’s hunting crossbow for sale available in the market. Why? Because the lock or lever could be triggered into releasing the bolt by the wielder’s mistake.

Different Parts of the Crossbow

The other major part of this weapon is the crossbow bolts. The projectiles used in this bow and string mechanism are called bolts and not arrows because they don’t have fletching or the feathered ends we find on common arrows.

Another important thing to know about bolts is that they are much heavier than a normal bow’s arrow and quite smaller in size. This helps the crossbow bolts to achieve the maximum kinetic energy possible. In case the weight of a bolt is off, even slightly, a crossbow target practice can be rendered useless, then how can we talk about using it during the hunt. To avoid such problems, modern-day bolts are stamped with a proof mark to guarantee their consistent weight.

The sharp pointy blades attached (or screwed in) to the tip of a bolt shaft are called Broadheads. A wielder has the option of choosing from three types of broadheads that are:

In its early days of use, the Chinese used steel or bronze metal sights to lock-on to their targets. However, thanks to the latest technologies, the red dot scopes or telescopic sights are being used in today's modified cool crossbows.

The modern-day sights help the shooter gauge their target and provide extra information such as what effect gravity will have on the projectile etc. It’s a crossbow accessory that is much needed nowadays, and this is why it comes with the weapon, sometimes even with a toy crossbow.

Variations of the Bow Mounted Weapon Around the World

Like any gun or rifle, the crossbow is nothing but a mechanism to shoot out a projectile. Observing its effectiveness, people made variations to the weapon to make it small-sized pistol crossbows or even large enough to send rocks flying into the far off distance. Some ancient crossbows had double or even triple mounted bows, while some had the ability to shoot multiple bolts at one time.

By now, we know one thing for sure that the crossbow was an excellent and yet terrifying weapon utilized for various purposes, from a killing machine in wars to a useful hunting tool for hunters.

We are just mentioning some safety precautions in this blog that you should take once you have bought the best crossbow you can. So, always remember to:

This was all from us! However, we think you might just be searching for cheap crossbows for sale in stores around you. So, we will not stop you or hinder your advances. Go on and have fun! 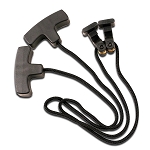 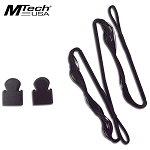