Collect only the Best - Real Swords for Sale

Swords have been and will remain to be one of the fascinating weapons ever made. They have been around for centuries, and since ancient times people have made various versions of Real Swords and daggers, first for utility, then hunting and finally to fight battles. Through this transformation, the evolution of the sword has resulted in many design changes and different shapes and sizes that made them even more dangerous and interesting.

Up until the Age of Iron, the swords that were used were an advanced dagger shape, but they eventually became classified in the Early Modern period into two basic types of swords, the sabers, and the thrusting swords; the first being the long swords and the second one being the usual small swords.

For the ultimate sword fan, there are countless new designs and remakes of famous swords in history that keep coming back as the demand for swords increases with new fandoms. It started from the fantasy fandoms like Lord of the Rings, Game of Thrones, and Merlin to the epic war films like Brave Heart and Kingdom of Heaven.

It doesn't matter how many different stories crop up around them, and how many times they are told. They will always have one or more interesting stories attached to them, as they are usually associated with soldiers, warriors, and knights, and eventually tied to symbols of power, justice, and bravery.

That's one of the reasons that swords are such valuable collectibles, and any form of a themed or historical replica of famous swords available get sold out pretty quickly. There is an abundance of Real Swords for Sale, which you can easily find online, made with authentic and high-quality metal and wood to be functional as well as great for the show.

If you want to find impressive themed swords to add to your collection, then this guide is for you. You can go through some of the best swords for sale that you will find online, and select the one to start your collection or add to an existing one to make it better.

Cool Swords to Adorn Your Walls

Whenever we talk about collectibles, especially weapons, one of the most sought out weapons are fantasy pieces that have been popularized by a book or TV series. These are some of the most common kinds of collectibles that people like to have, something that is from a particular fandom.

So keeping that in mind, some of the best swords you will find are fantasy swords that are not only crafted with every detail of the series they are showcased in, but they are also usually limited edition to make them extra special, such as the Evil Merlin Movie Fantasy Sword with Plaque, which is one of the top fantasy series to collect cool weapons from. It is made of high-quality metal along with a plaque and an embellished handle, checking many boxes of a good collectible sword.

The fans of the fantasy genre can find countless options online, especially if they find good deals that can get them their favorite sword replicas at fewer prices than they anticipated. With the increasing interest of fans in apocalyptic movies and zombies, more and more people like collecting zombie hunting weapons due to famous series like Walking Dead or Zombie Apocalypse and that is why the Black Blue Zombie Hunter Full Tang Fixed Blade Hunting Machete Knife is one of the top-selling items that people love adding to their collection due to its super sleek design.

If you are a die-hard fan of weapons, then swords are definitely on top of your list, and that is why there are several kinds of cool swords for sale that will strike your fancy. There is something for everyone, even if someone doesn't prefer fantasy swords, there are still plenty of historical swords that are a collectors' dream, like the eminent medieval swords that are in store for you at compatible prices.

These types of swords are always famous among fans because they have a backstory and high character; they are usually large-sized sabers and were carried by knights and warriors, that surely adds to the appeal of collecting swords like the elegant Robin of Locksley's Sword with Scabbard, which is a jewel of a sword if you are serious about collecting the best swords you can find.

Speaking of the best swords near me, this list would be incomplete with some good old fashioned stealth weapons like the ninja sword. There are still one of the most revered weapons along with the age-old samurai sword, both of which are not only of a particular make and model, but they also have a bloody history as they were used by the ruthless samurai soldiers and the stealthy guerilla warriors of Central Asia.

There have been countless Hollywood martial arts movies that have popularized these swords, and now you can find awesome pieces like the collectible 28" Twin Black Blades Full Tang Ninja Sword Set which is one of the most classic swords you can find to collect. Along with this, movies strongly influence these collectible weapons, and everyone likes to own a piece of iconic films and their best props; this iconic Hattori Hanzo Kill Bill Samurai Katana Sword is the most famous katana sword to collect. These few cult-favorite collectibles are high on the scale of cool swords to buy for sure.

There is no denying that is an extensive collection of swords that may not be on of actual use anymore because there are far more advanced weapons that have become much more commonplace now since the advent of technology. But swords have a certain appeal and charisma that is hard to replace, and that is why like most ancient arts, there are still some ways that swords are still definitely in use.

Fencing is still a very famous sport that includes swords and sword fighting as a formal technique, and that requires a specially made thin, needle-like sword called the rapier sword. These are primarily thrusting swords and are quite famous among people due to classic stories like the Three Musketeers. There a large group of people who still practice fencing and require these swords.

That is why you will find various designs of this classic weapon like the Rapier Fencing Sword with Red Scabbard, which is swift, well-crafted, and quite affordable. It is readily available for fencing practitioners online, to be ordered to your doorstep anytime you want.

Considering that sword fighting is still a technique that is quite famous among people, there are many different ways that you can learn it, but the most important thing is that at the end of the day, swords are dangerous to have around the house, especially if you don't know to take care of them or you have small kids in the house. But other than that, if you're a trainee, the best thing to do is to get a wooden sword to practice proper fighting techniques before you move onto the real deal.

But just because you need to practice with a wooden sword, that doesn't mean that you need to pick something plain and basic. You can get this cool Black wooded Wakizashi Training Sword, complete with dragon engravings on the blade, so you can feel like an actual samurai even when you're practicing.

Cheap Swords That Can Be Bought As Collectibles

There is another notion that cool weapons like swords are usually novelty items, and it is hard to find affordable pieces to collect, as they need to be valuable to qualify as collectibles, but that might not be too accurate. It is quite possible to find swords that are not only high quality and made with the best materials, but you can easily find cheap swords that have all these qualities in them, despite their prices.

Almost all the swords that are listed above will cost you as much as $20 or a little higher. And even for the slightly higher priced pieces, there is a wide variety of wholesale swords that are still quite affordable to start a collection, as it will allow you to buy again and again and not worry about the budget.

If you are just starting, wanting to buy your first sword to start your collection, or if you already have a wall full of cool swords and want to keep that collection going, price is not an issue you need to worry about. The most important thing is that these swords are as close to the authentic weapons you can get and that too, without draining your budget.

Each little sliver, emblem, and detail is perfected on each of these swords to emulate their iconic counterparts from movies, literature, and games so that every fan can find the best collectible pieces they want to add to their growing collections. 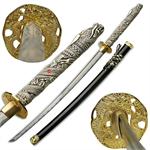 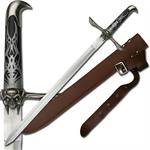