13 Reasons to Carry a Pocket Knife with You

Pocket knives have been in use for thousands of years. This amazing tool is even older than pyramids and has definitely played some role in the construction of those giants. With the evolution of basic human needs, this tool has also evolved. There are thousands of variations of pocket knives available in the market today. Some of these are used for ornamental purposes whereas the others make an important part of every prepper’s survival kit. In this article, we will let you know various reasons why you should carry a pocket knife with you.

Martial art is a set of combating techniques and strategies and has a traditional background. It is a proper codified system of fighting involving a series of reasons which may include military and law applications, self defense, physical and mental health, spiritual meditation and entertainment. It is also taught to next generation so that the culture may be inherited by the upcoming people and culture may be saved for future. In the contemporary world, it is often associated with East Asia, however, in reality it emerged in Europe in early 1550’s as their combat system. The term martial art has been derived from Latin and it means “Arts of Mars”.

Knife Import offers some promising ways of making cash easy! Yes, as we all know that raising a big capital is the sole purpose of every business and business owner. We pave your way for achieving this specific goal. We have a lot of novelty items for you at very cheap prices. All these cool novelties for sale will give you an opportunity to earn a handsome money. But that is not merely a casual sale. Important thing about KnifeImport.com is that it gives away all its products on wholesale rates, and when you buy in bulk, prices go further down. While selling them in markets at retail price, you get the high amount in return. In this way, Knife Import provides you an easy way of making a decent profit. 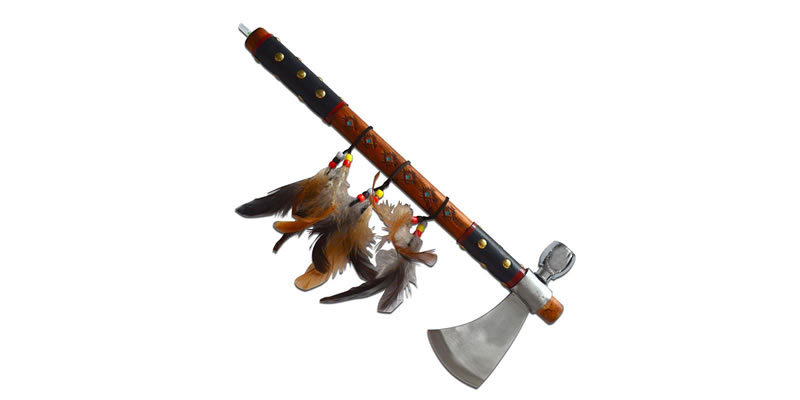 Some Cool Swords You Will Definitely Love

Many people love to have cool weapons in their possession for different purposes. Some people collect them merely out of passion for collection. While some collect cool swords for fun, fighting etc. and some even collect them because it is a part of a family tradition that has to be maintained over generations. No matter whatever the reasons are, there are many types of swords for sale available in the market and online stores. But all aren’t for the same purpose. As the construction of swords differs, so does their purpose.

However, we will be telling you about different kinds of cool swords along with their purposes and certain details about them that you usually miss out. In this article, we have picked different types of swords that will be explained below. So let’s start digging in!

Knife Import is one of the leading wholesale online stores. We have been providing cool weapons to our customers for a decade now. Our products are reliable and durable and won’t let you down, no matter what. Most of the products, that you will find at Knife Import, come with protective sheaths or covers so you don’t get harmed. The best thing is that all the weapons are available at cheap wholesale rates which opens up great money making opportunities for you. For example, if you buy cool knives, swords or any other weapons from KnifeImport.com in bulk, it will save move more money of you and you can get handsome profit by selling them out at normal retail price.

We are not limited to knives and swords; we deal in a wide range of products which we will be talking about. Cool weapons that will benefit you the most, are listed below:

A Short History of Nunchaku and Its Uses

Remember, nunchucks were being used by Bruce Lee in his movies during a fight? That should ring a bell! Many weapons that are widely used today come with a unique and fascinating history. Their history not only indicates the significance of these weapons but also leave us in awe of smart solutions that ancient people came up with. However, nunchaku which is an amazing weapon used in martial arts and for self defense has an inspiring story behind too.

Nunchaku was earlier (almost near 9-10th century) used by Chinese farmers for agriculture. Originally, the nunchucks were 2 wooden sticks tied with horse hair. Farmers used it for cutting soy, rice, and wheat. In the middle of the 10th century, the first emperor of the Chinese Sung dynasty named as Jiu Hong Jun stayed with his army in a village to prepare for a battle to beat the Mongolians. While on Jiu’s stay, his soldiers helped the farmers as the army, general and emperor were an occupant on their nearby territory for a short while (few months). When the emperor paid a visit to the soldiers to see if they were working well, he noticed farmers using nunchucks, he thought of using them in the battle against Mongolians.

No other weapon is as cool and important like the sword. In the past, no war could be fought without it. Every warrior’s first choice of weapon was a broad or long sword. However, even if their use is restricted, you might observe real swords being brought out and worn for ceremonial purposes in the US Navy.

A civilian might not be allowed to carry a service weapon. But it’s alright if you are trying to collect. Because Knife Import is happy to provide a large number of cool swords that you can buy at really cheap wholesale price. So, don’t wait for too long and try to get as many real swords for sale as your pocket allows. We guarantee that you will get the best shipping for we get your orders delivered to you within one day’s time!

Is Stun Gun Better Than a Taser?

This debate can never get old. Stun gun vs Taser—which is better? People can spend hours discussing this topic but never reach a substantial conclusion. Today, with this blog, we want to discuss what these two self defense weapons are, whether a stun gun is the same thing as the Taser or perhaps there is some kind of difference between them and much more.

But before we start on the topic, we want you to know that KnifeImport.com is the best place to purchase cheap knives, swords and various types of self defense weapons. Basically, it’s a given thing that you will find a large number of stun guns for sale on the platform. So, just read the blog carefully and spend some time to look for the best self defense weapon according to your needs and requirements!

No person wants to keep buying knives that cost them a hefty price. But they keep on doing so, as they think they don’t have any other choices. But of course, there are better options! You just have to look in the right place. One way that we are going to talk about is opting for wholesale knives as it saves you lots of money on all kinds of blades.

People already come looking for cheap knives on KnifeImport.com because we offer lowest wholesale prices on all our products. This is why, if you are looking to buy any types of knives then you shouldn’t worry and just visit our platform. Because you will find thousands of cool knives for sale in our vast inventory. That’s not all, the website provides various other self defense and martial arts weapons at wholesale rates as well. So, do have a look around once you are done reading this blog!

Bowie Knives for Sale - The Bigger the Better

You cannot call anyone a real knife enthusiast until unless they know about the bowie knives. Basically any long blade with some sort of handguard and a clip point is classified as a bowie knife. But what you might not know is that the blade’s shape and size was never the same as Jim Bowie, the man responsible for the popularity of these big knives, changed them over time.